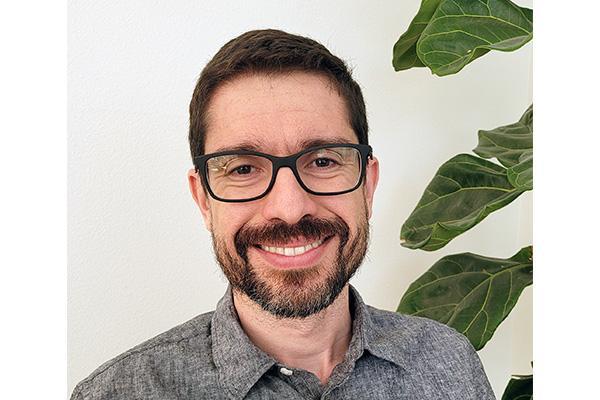 Thesis Title:  Framework for Development of Schemata in Character Design for Computer Animation

Tell us what you are doing professionally at the current time.
In 2019 I joined Netflix Animation Studios as Art Director on the animated feature film The Magician's Elephant. As Art Director, I'm responsible for the artistic vision for the film and artistic integrity of the final frame - which includes managing the design process and the Art Department, guiding the execution of assets through the Modeling and Surfacing departments, aiding and informing the Director of Photography about composition, and guiding the Lighting Department to achieve the intended final look and emotion of the shot. It's a highly collaborative job, working closely with the Director, Production Designer, and artists throughout many departments.

I am also part of the Film Development team at Netflix as Production Designer. There I work closely with the Director and Producer very early on in the process to visualize the full potential of a script and aid in the process of getting the film greenlit to be produced.

What inspires your creativity today?
Lately I have been really inspired by nature. At the end of 2021, I moved from Los Angeles to Portland, Oregon. The contrast from the hot and dry environment in SoCal to the vivid green and lush woods of the Pacific Northwest really impacted me. I love feeling lost in those woods. Observing (and absorbing) the richness of forms and shapes. Noticing how the chaos created by the combination of organic shapes and textures is brought into order by how the light goes through the trees, creating a series of patterns of positive and negative shapes.

Before that I was drawing a lot of inspiration from architecture, built spaces and their relationship with nature and pedestrians. Overall, for me, inspiration comes from somewhere in the intersection of what's "outside" (the place where I find myself) and "inside" (the things that have been occupying my mind).

Tell us one “Aha” moment from your experience of studying, researching, or working at ACCAD.
My experience at ACCAD was transformative in many different ways, and there were several "Aha" moments that helped shape the professional I am today.

One of those valuable experiences was being exposed to a highly multidisciplinary work environment, and having to collaborate, exchange ideas and create with students (and Professors) coming from different areas of expertise. The ideas, new perspectives and innovation that came out of those opportunities were always very exciting. And to this day those are the interactions I look forward to the most on my job.

What would you say to your “Undergraduate” or “Graduate” self about studying at Ohio State now that you have graduated? Or what advice would you give to current students taking classes at ACCAD?
Be curious and explore! There is no better place to foster curiosity and develop new ideas than ACCAD. From the diverse background of the Professors to the resources available, ACCAD is the perfect place for pushing the boundaries of what we think we know.

How could Ohio State better prepare people for a career that combines art, design, computer science, digital media and new technologies?
With the democratization of technology and information, those types of careers are becoming more and more competitive.

A professional in those areas will distinguish themselves by originality, having a point of view. So, I believe that stimulating curiosity and self expression as well as developing critical thinking and problem solving will be extremely important for anyone pursuing a career in those areas.

Another important skill to have is self-marketing. In such a competitive environment it helps to have a good understanding of how to position yourself in order to be more visible, communicate your skills to a larger audience, and build a network that you rely on.

What most helps you to balance life and career expectations? How do you relax or de-stress?
Unfortunately, this is a skill I'm still trying to master. Before the pandemic, the commute to and from work was a big part of my life, and my trick was to use that time in the car to decompress and relax. The forced break helped me switch off the work mode, and by the time I arrived home I was ready to engage in personal activities. However, the pandemic and remote work blurred those lines and made the balance harder to establish. These days my biggest efforts are to better organize my time and be more disciplined about the time dedicated to work.

Tell us a fun thing (or something) most people don’t know about you?
I have a fear of large bodies of water (mostly the ocean)! As far as I can remember, there was never a traumatic event, and it's a relatively mild fear that I learned to control. It doesn't prevent me from going for a swim or a boat ride and I can actually enjoy those activities, but every time I go it's always a powerful experience. However, diving in deep waters is something I will never do, just the idea of it makes me anxious!

What would an alternate career choice be, if you could go back and choose a different path?
My parent's professions had a deep impact on my interests growing up. My dad is an Art Director for live action films and my mom is an Architect, designing amazing modern houses and spaces with a focus on the human aspect of the built space. So growing up, I had the chance of visiting backstages and watching how films were made as well as seeing how ideas and drawings become houses and living spaces. It was all very fascinating to me. When I was deciding which professional path to take in my early adulthood, there was a moment that a career in architecture was a very real possibility. Although ultimately I went into filmmaking, I think there is an alternate reality in which I chose door #2 and became an architect instead.