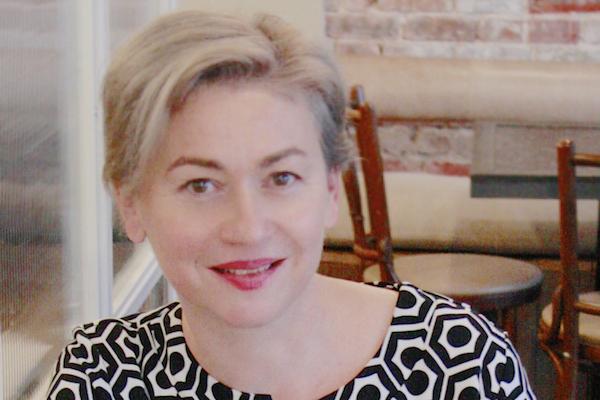 Fabienne Münch’s career can be defined by one word: redesign.

From a small design studio to an international home and office furnishing company to higher education, Münch has altered perceptions of what a designer can be and how design can transform the world. She brings her experience and ideas into her new role as chair of the Department of Design at Ohio State. Her four-year term began July 1.

“In design, most designers and professors know that in order to bring out change, you need to be willing to disrupt,” Münch said. “I am convinced that designers are an underused resource worldwide. I want to work with faculty and staff to nurture a new generation of leaders in design.”

Münch’s study of design took hold as a professional. She earned an MBA in international affairs from ICN Business School in France, an MSc in consulting and coaching for change from HEC Paris, and a PhD in cross-cultural management from Grenoble-Alpes University. Her career began at Profiligne Design Studio in Paris, where she partnered with industrial designers to design solutions for retail and exhibitions. From there, Münch moved to various leadership positions at Herman Miller, most notably a research and development position where she led the organization’s Ideation Office and managed a slew of large-scale design projects.

It was at Herman Miller where Münch was introduced to academia. She had a knack for working with the interns she would hire from various design schools, among which the Université de Montréal School of Design. The school’s chair was near the end of their term and told Münch she’d be a great successor. Though she hadn’t considered higher education, Münch was intrigued, so she applied, was elected and accepted.

“This tension between bringing work-life into the curriculum or case studies into design studios and bringing research from the design field into projects or briefs in industry was a really interesting duality of who I was and what I could bring in both areas,” Münch said. “That’s where I really started enjoying academia, enjoying offering students some insights on what I had learned in the industry and vice versa.”

After a four-year post at the Université de Montréal School of Design, Münch took a position as executive director of global initiatives and strategy at the University of Chicago, where she also served as director of global research and collaboration at the university’s Pritzker School of Molecular Engineering. She combined her knowledge of design and cross-cultural experience to devise strategies that enhanced the university’s international community and help steward global initiatives and partnerships.

“I liked this environment — this extremely stimulating institution intellectually,” she said. “Last year, I joined a pan-European research project funded by the European Union, where I am leading a longitudinal study on cross-cultural teams over seven institutions; but while very fulfilling on the research front, I was missing teaching. I missed design. I missed hanging out with designers.”

Münch had a desire to reorient her focus back to students and the design field. After learning about Ohio State, the university’s commitment to the arts and the positive strides the design program has made, she was curious to know more. She was impressed by her conversations with faculty, the cutting-edge work done by the Advanced Computing Center for the Arts and Design (ACCAD), the university’s RAISE (Race, Inclusion and Social Equity) initiative and the burgeoning Arts District.

Münch senses innovation in Ohio State and the Department of Design’s near future. She wants to be a part of that.

“Faculty and staff are dedicated to make this department continue to move toward excellence,” she said. “I would definitely like to follow that journey they have undertaken.”

Münch wants to take what she’s learned — from business school to design at Herman Miller to practicing critical inquiry at University of Chicago — and add to that effort. She wants to mentor design students, empowering them to be the next generation of leaders and use their expertise to enact systemic change in any field. She wants to forge new, interdisciplinary collaboration between the Department of Design and the rest of the college and university.

“We design for people. We design for society,” she said. “It’s not about making things pretty. It’s designing for the betterment of the world.”